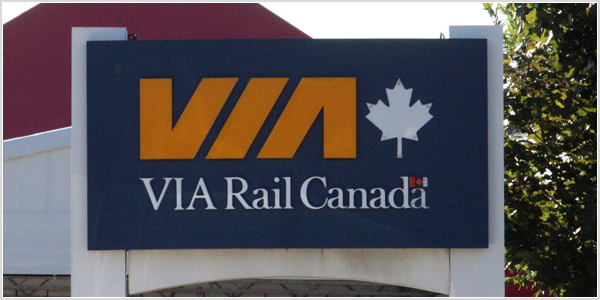 Forty years ago this Monday (October 29), VIA Rail Canada was born as an operating railway when it assumed the operation of The Canadian, the Super Continental and the other remaining Western Canadian passenger trains from Canadian Pacific (CP) and Canadian National (CN).

The reality is the high hopes of the Canadian public and the railroaders who diligently maintained those trains were dashed at the outset. Those of us not privy to what was going on behind the scenes in Ottawa were totally misled, being told by politicians and bureaucrats this was the start of a rail renaissance.

In fact, VIA’s creation was just a method to cut the partial and totally-inadequate subsidy to CP and CN for the service-worn trains they were compelled to operate in the face of massive subsidies to air and highway travel. VIA has been a mechanism to kill our trains, dressed in Ottawa doublespeak.

The first of a long line of cuts occurred the very day VIA took over the first CP and CN trains; chunks of The Canadian and Super Continental routes were immediately dropped under what Ottawa called “rationalization.” It was a preview of even larger cuts in 1981 under the Trudeau Liberals and 1990 under the Mulroney Conservatives, both of which had made grand election campaign promises of VIA investment, renewal and service expansion.

More major budgetary and service cuts were made by other governments in 1995, 2002 and 2012. Three VIA routes – the Montreal-Gaspé (Chaleur), the Winnipeg-Churchill (Hudson Bay) and Vancouver Island’s (Malahat) Dayliner – are now partially or totally suspended because the feds have done little to assist in the rehabilitation of the infrastructure on which VIA’s trains depend. These three routes are now unsafe and impassable by all trains, passenger and freight.

Parts of Canada have always been hit harder than others. Northern Ontario and Quebec, Atlantic Canada and the West have seen their services cut to the point of irrelevancy. On Halloween, every Greyhound bus route west of Sudbury to the Pacific Coast will meet the same fate as those vanished VIA trains. Canadians are being immobilized to the point where we are unable to even travel and communicate with each other. It’s becoming a transportation race to the bottom.

Nationally-known rail analyst and policy adviser Greg Gormick, who serves as an adviser to both All Aboard committees, has had a ringside seat for this relentless tale of the passenger train’s decline at the hands of every federal government, except Prime Minister Joe Clark’s. A fourth-generation member of Canada’s rail industry, his clients have included VIA, CP, CN and elected officials of all political stripes.

Says Gormick, “If VIA wasn’t set up to fail, it was born to have nothing but trouble. That was the view of the late Garth Campbell, VIA’s first marketing vice-president and a visionary who helped craft CN’s successful revival of its passenger business in the 1960s, which doubled CN ridership in six years. But it was all pulled apart on orders from Ottawa politicians and bureaucrats, some of whom I knew and who were proud of their destructive work.

“Despite the waste, damage and heartbreak of more than 40 years, it’s not too late to reverse Canada’s admittedly depressing rail passenger track record. But we’re on the brink of collapse, despite the ‘sunny ways, sunny days’ bafflegab we repeatedly get from Ottawa and VIA’s political appointees. They offer empty promises of new trains and the rebuilding of an abandoned line through Eastern Ontario’s backwoods that would miss major markets such as Oshawa, Belleville, Kingston and Cornwall.”

Both All Aboard committees have commissioned Gormick to draft plans for the serious overhaul and cost-effective expansion of rail service in Northeastern and Southwestern Ontario. These first two plans will draw on the SouthwestLynx plan he crafted for Ontario’s Oxford County.

The Lynx apprach is the way to begin undoing the damage inflicted on our publicly-funded passenger trains for 40 years and counting. It draws on techniques and technologies from a long list of successful U.S. rail corridors. If it works there, it can work here – and at an affordable public cost that will generate impressive ridership, revenue and economic spinoff.

Canada’s failed rail policies have reduced us to Third World status in terms of access and mobility – and at great public expense – and for which we’re paying high economic, social and environmental prices. Using Gormick’s Lynx plans, we will accelerate our fight for what every globally-competitive nation already enjoys: a modern, affordable and truly national rail passenger service.

-30-
**ARCHIVED FROM ALL ABOARD NORTHERN ONTARIO**